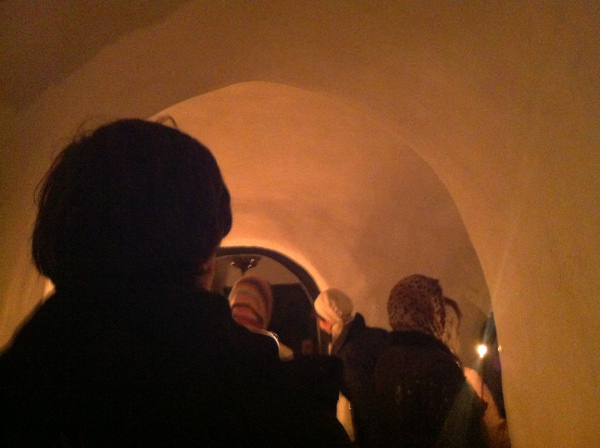 Today we made a little Kiev tour. We went into church caves where Kostantin and Anja nearly collapsed. It was very cramped, everybody had a burning candles in their hands, people kissed coffins, and there were no emergency exits! We weren’t even allowed to take photos (but rebel Anja took one anyway).

Luckily we survived and went to the Motherland monument (“Мати-Батьківщина”). As you can see … 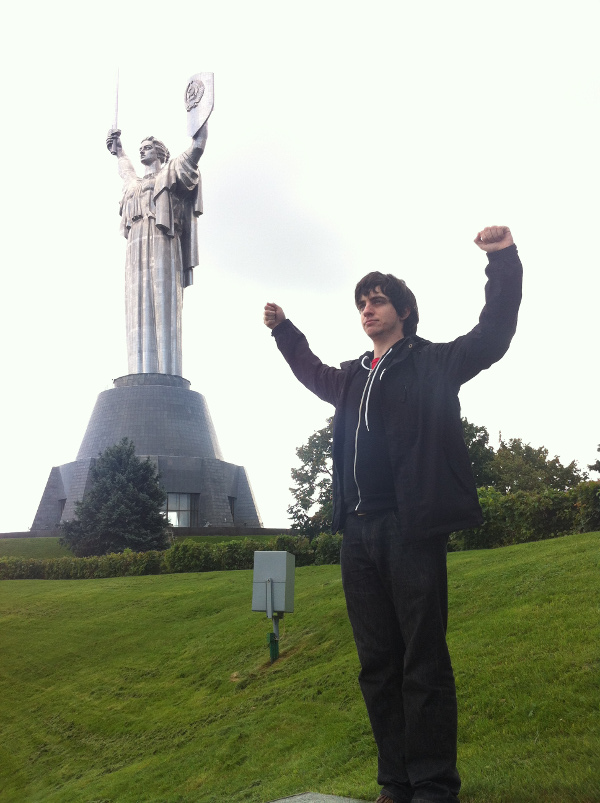 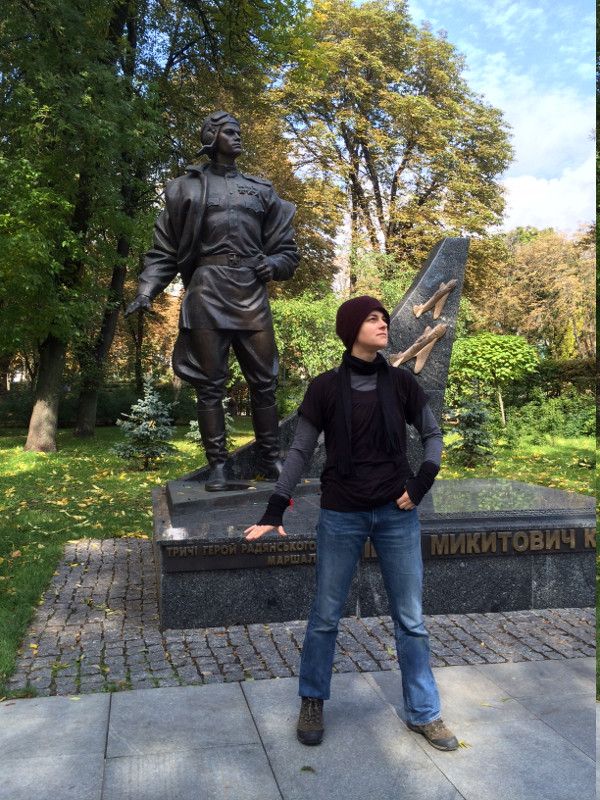 Rubyshift is over. Way too soon. We have enjoyed doing nothing but sitting and listening to speakers. Or, in Carla’s case, reading her novel. We would be happy to do this forever… 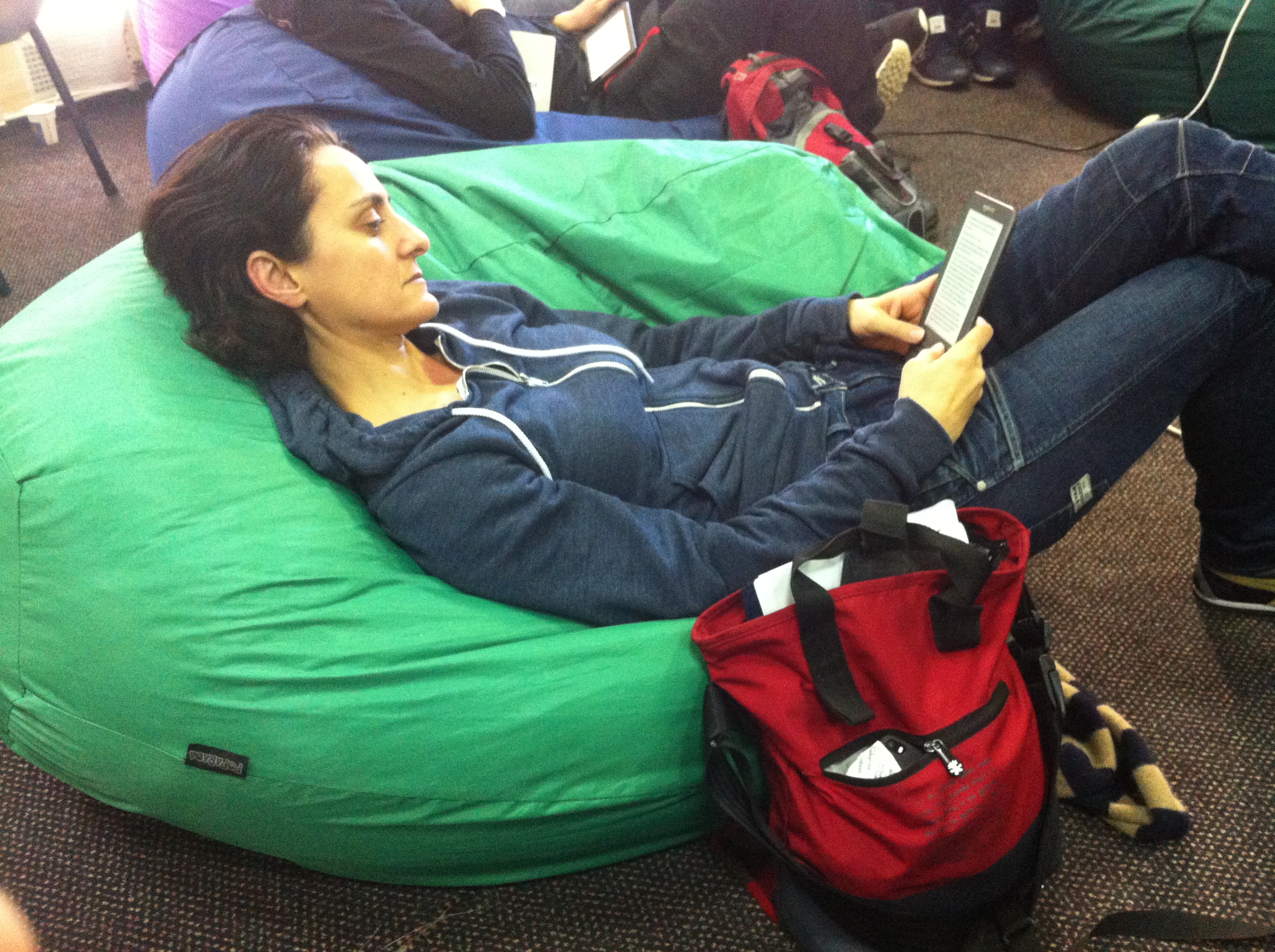 Some people were so exhausted they even slept on the couch in reception and started to snore. Like @Jorge, from Spain (we <3 u Jorge!) 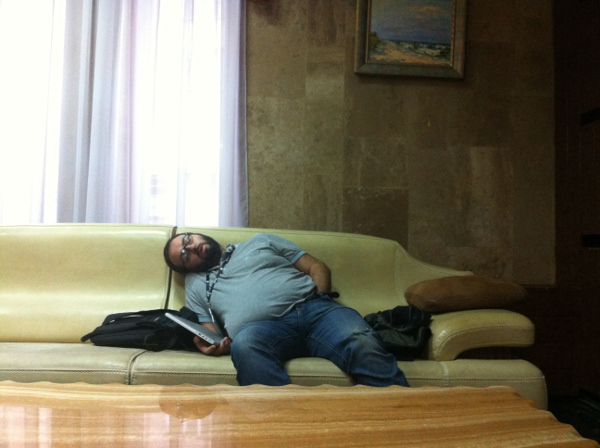 Now we have time to conquer the city. We have one more day to here. It’s gonna be awesome! 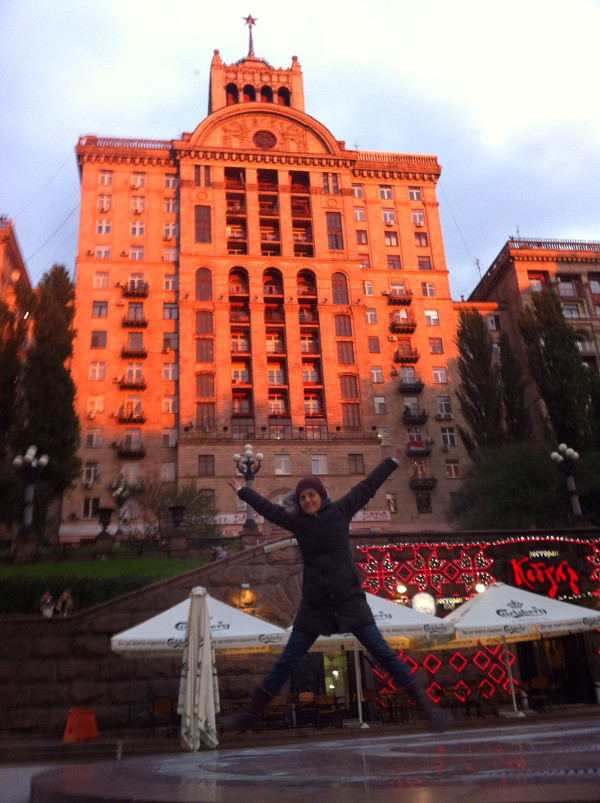 Tonight we went with @Kevin to the People’s Friendship Arch. 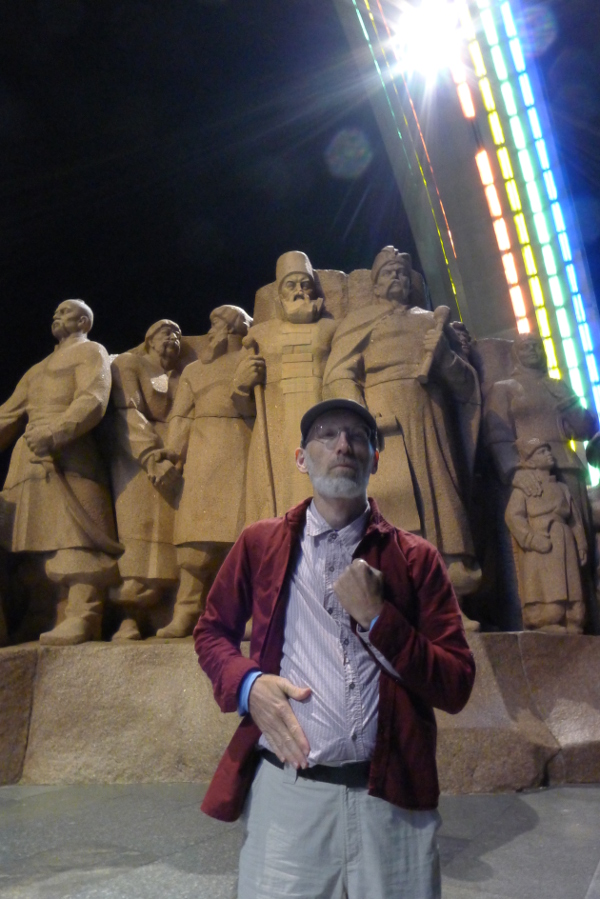 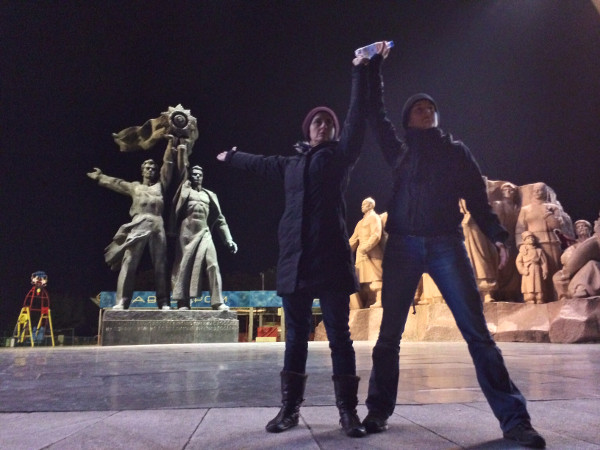 At the culmination of our three month Rails Girls Summer of Code we flew to Kiev to the Rubyshift Conference. Luckily Konstantin was with us. As a regular conference-goer he acted as our guide. Luckily Anja is used to travelling with children, so had packed many tasty snacks for Carla and Konstantin to munch on. 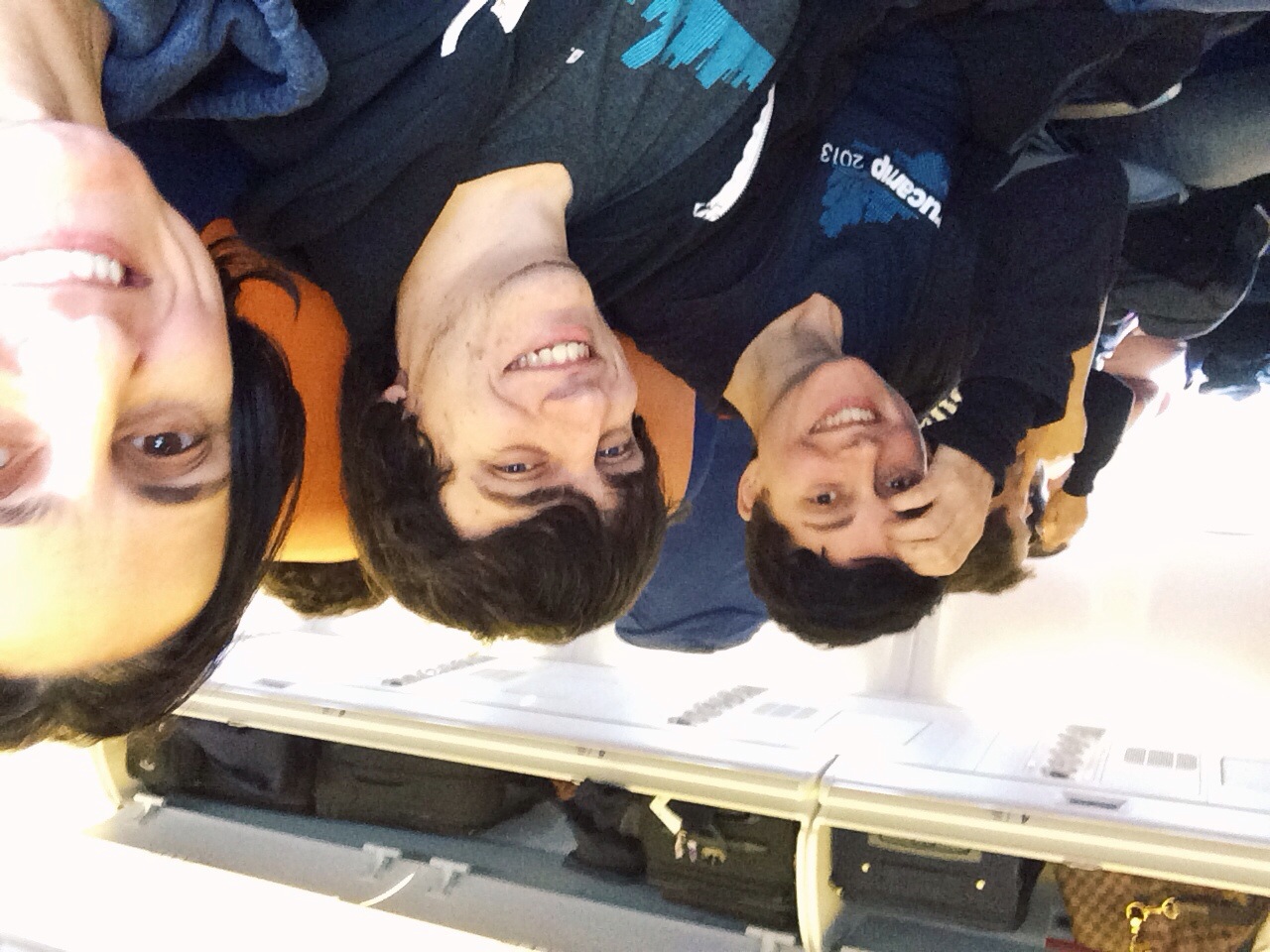 After a 6 hour flight (plus on hour more because of a delay), we finally arrived in Kiev. It was 2am and raining. дерьмо!

Now the first day and our talk is over. We have that typical feeling of relief once a public talk is done. It went very well and Anja, who was very nervous about speaking, is now keen to present at conferences all around the world.

Everyone at the conference has been very warm and welcoming. And after our talk everybody has said hello ;)

A look outside of the window: 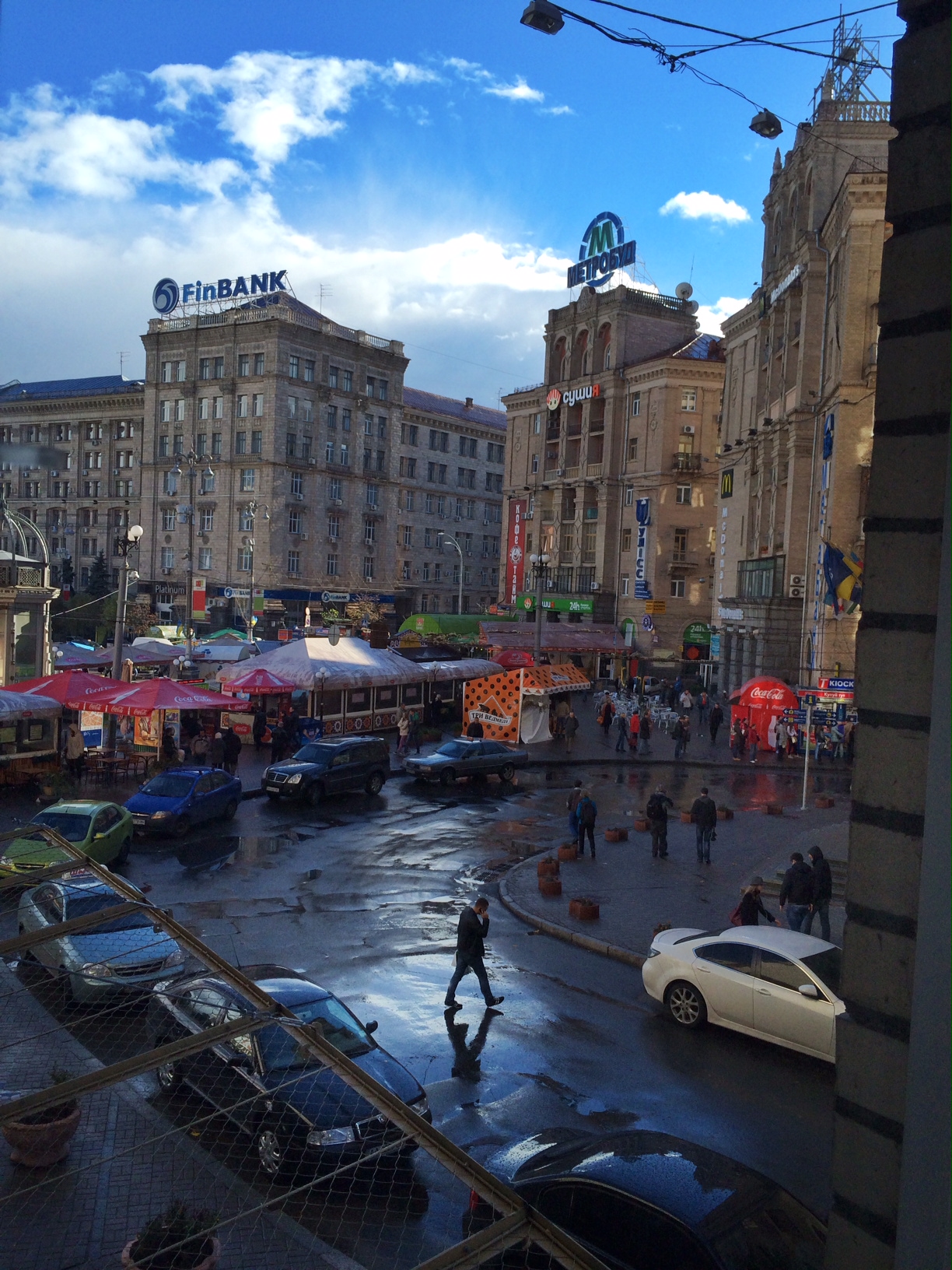 Carla at the end of the day: 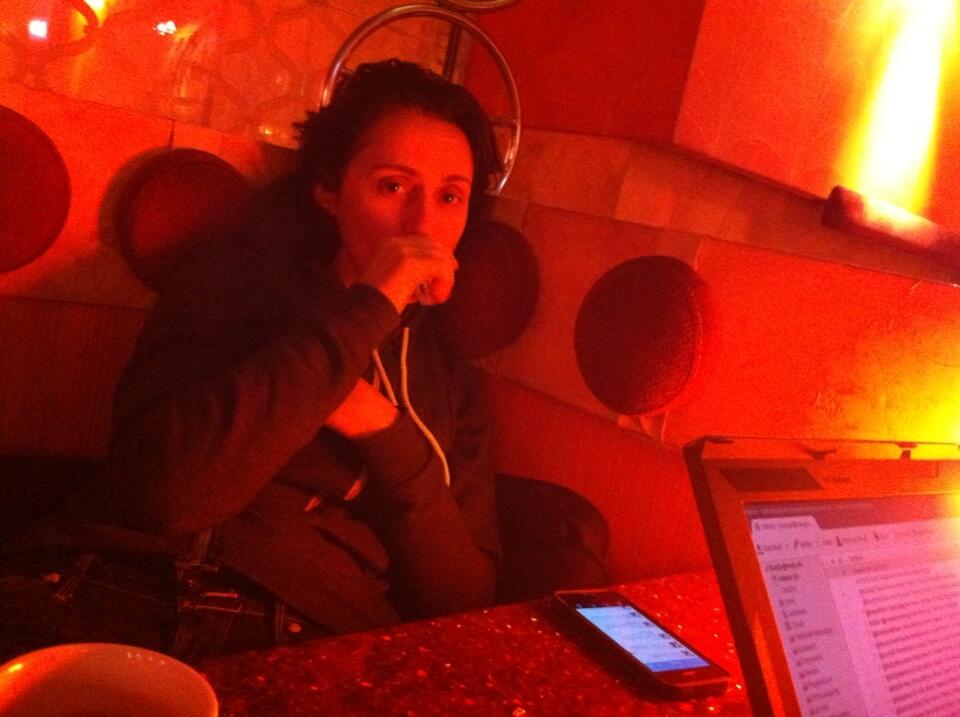 Today was our last day working from Co-Up. We can’t believe the month is almost over! We’re really going to miss co-working, and co-lunching, with our developer friends here.

For anyone who doesn’t know, Co-Up generously offered us free desk space for the last month of our coding summer. They also threw in a free (and famously hacked locker). Co-Up has an amazing record when it comes to supporting the local development community. They host many different developer-related events and are generally an amazing resource for Berlin developers. Since we’re so grateful to them, not just for the desk we’ve worked from but for all the other great deeds they perform, we thought some farewell flowers were in order. 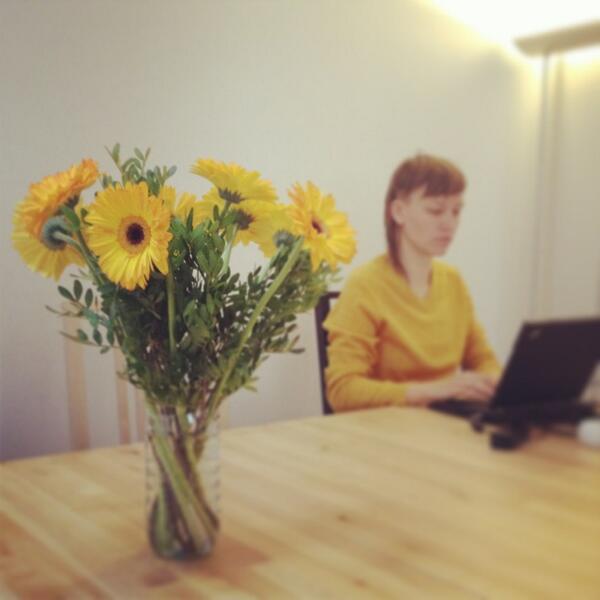